Ever entered a contest and had no response or likes? Not sure how to improve it?

Well, we might just have the thing for you…read on…

#PeerPitch #1st50 – EVERYTHING YOU NEED TO KNOW!
Share with all your writing friends! #amwriting #ontheporchhttps://t.co/YTli3OfBw5 pic.twitter.com/7Vja5JZY5a

We are a group of writers (at various stages on the writing journey) who want to help other writers in whatever way we can. We met on CBC’s Writing for Children course in 2015 and have since remained close and continue to help each other to improve. Knowing how much our support group has helped us, and how lonely it is out there on your own, we wanted to help others build their networks, too. 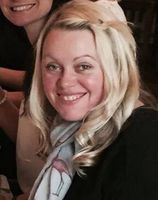 How to take part in the #PeerPitch #1st50 Twitter event?

Between Monday 19th until Friday 23rd June, simply post your pitch, with #PeerPitch #1st50 in the tweet and both ourselves and fellow writers can like, retweet and reply to the first 50 words, either offering support and encouragement or helpful, constructive feedback. During this week long #PeerPitch #1st50, we’ll invite you to post as many attempts as you wish, looking to refine your openings, or produce several versions, using both us and your fellow writers to hone and improve pitches.

Then, on Friday 23rd June 2017 at 5pm and for the full weekend that follows, you can enter our free competition. Simply email your 50-word openings to peerpitch2017@gmail.com as well as the following details, in the following format –

In the body of the email, please include –

Title of novel – what you’re calling your book!
Name – authors name…
Genre/Category – (YA/MG) / (Fantasy, Sci-Fi, Contemporary, Historical, Futuristic, Thriller, Comedy, Romance, etc)
#1st50 – 50 words of your opening! (please do make sure it’s the opening – we don’t want a random part in the middle of the novel!)

EVERYONE receives some sort of feedback if they enter the competition. Even if not selected as a winner, one of us will reply to you with some advice on improving your pitch. There is literally nothing to lose by entering this competition.

You also receive a 20% discount code for Writers HQ courses. If you want to know how good these courses are, check out Lorna’s report on her experience. And my own under the tab courses.

Once you enter and we send you feedback after the competition results, we will also send you the 20% discount code.

Our judges will select 3 winners from the emailed entries and each will receive a prize of first-page feedback on their WIP novel from two different people.

The outright winner will receive a full author feature on our blog and will have their honed first page and pitch published on our blog as well.

We will also publish the first 50 words of all our shortlisted entries and finalists. 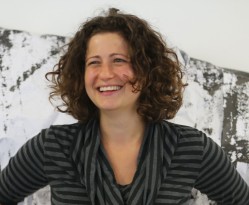 Sarah Lewis is a co-founder of Writers’ HQ. She graduated in the top 20% of her MA creative writing class at UEA, won the David Higham Award, won an Arts Council grant to complete her first novel under the mentorship of critically acclaimed author Peter Hobbs, was one of the NWS10 talented early career writers, and gained a rarely given special mention in the BBC Short Story Award in 2013.

Jo Gatford is the author of White Lies, winner of the 2013 Luke Bitmead Bursary. Her short fiction has been featured in Aesthetica, Litro, PANK, Open Pen and elsewhere. Her story ‘Bing Bong’ was the winner of the 2014 Fiction Desk flash fiction prize. She is currently working on her second novel.

Chloe is a literary agent at Diane Banks Associates and is responsible for the agency’s children’s and young adult business as well as science fiction and fantasy. Chloe is herself a published author of young adult fiction, with her first novel Editing Emma: The Secret Blog of a Nearly Proper Person published by HQ in 2017.

Catherine Johnson has written 14 books for children and young adults, including Sawbones, which won the Young Quills Prize for best Historical Fiction in the 12+ category and was shortlisted for the CILIP Carnegie Medal 2016. Catherine also writes for film, television and radio. In 2005, she co-wrote the highly acclaimed feature film Bullet Boy. The Curious Tale of the Lady Caraboo, came out in summer 2015, and her latest book Blade and Bone came out in October 2016.

If you have any further questions about the competition, please do ask in the comments box below, or get in touch over on Twitter.

Good luck, and may the force be with you!