We chatted to Bath Novel Award shortlistee, Eugene Lambert (@eugene_lambert), about his forthcoming novel and writing in general.

Congratulations on having your novel published. Tell us a little about the novel.

Thanks! Into The No-Zone is the second installment of my Sci-Fi trilogy that began with the 2016 publication of my debut novel, The Sign of One. Both stories are set on Wrath, a dump-world for the galaxy’s unwashed and unwanted, ruled over by the despotic Saviour and his Slayer army. On Wrath identical twins (idents) are considered evil and raised in concentration camps . Why? Because only one of the twins is human, the other is a superhuman monster, and it’s impossible to tell which is which until they’re older. The main protagonists are Kyle, a teenage loner growing up out in the Barrenlands with only his mother for company, and Sky, an ident resistance fighter out to avenge her dead sister. In The Sign Of One, Kyle discovers that Wrath is built on secrets and lies. Forced to flee for his life, Sky reluctantly comes to his rescue. Together, they embark on a quest for truth that culminates in a desperate rescue mission. Into The No-Zone follows on months later with the Saviour offering the ident rebels a surprise peace deal, but with some vicious strings attached. Kyle soon finds himself abandoned by Sky and betrayed by his allies. Forced to go on the run again, he’s only got no choice but to chase after Sky to the mysterious No-Zone, reputed lair of the savage Reapers…

Where did the idea/inspiration come from?

My DNA! I am an identical twin. My brother is called Martin and he’s fifteen minutes my junior – which gives me great satisfaction J. Growing up as identical twins, you attract attention. People were fascinated, but also clearly challenged by not being able to tell us apart. One remark we often heard was ‘which one of is the evil twin then?’ Fast forward a good few years … I’ve just started an MA in Writing For Young People at Bath Spa University and I need to come up with an idea for a novel manuscript. As it happened, I’d bought the two of us a gift for our birthday of a t-shirt that read ‘I can’t remember if I’m the evil twin or not,’ which I thought that was pretty funny. And then it occurred to me to wonder what if there was a world where identical twins were considered evil? Why might that be? One thought led to another and knew I was onto something … 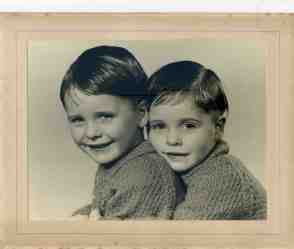 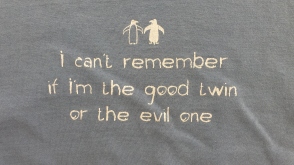 Tell us about you…

I’m from an Irish background, but grew up in Wolverhampton (a fate worse than cliché). After a few years spent hiding out in various universities I was found and put to work as a software engineer. In recent years I’ve escaped from all that, with its regular (and comparably substantial) income, to become a writer. When not pounding on my laptop’s keyboard, I fly gliders and go for long walks. I live in the Cotswolds with Jana and a black cat called Annie.

Where and when do you write?

For most of the year I do my writing in a cabin at the bottom of my garden. Although the commute along the hedge takes mere seconds, it helps to get away from the house. In the bleak midwinter, I retreat to the house and a downstairs room that I refer to as ‘my office.’ I also write on train journeys, and in local cafes. 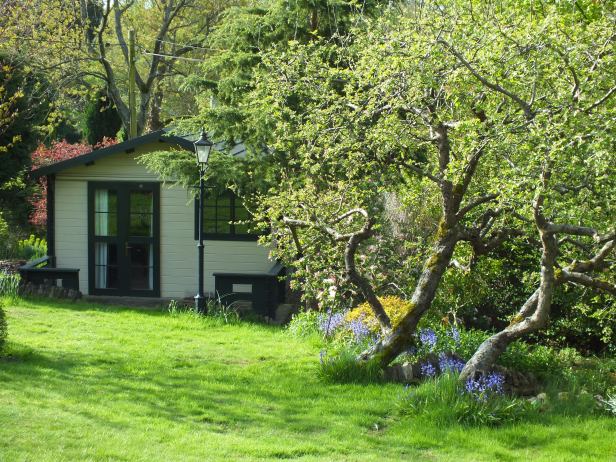 What are you working on now?

I’m working on the final book in my trilogy, The Long Forever.

A quick ‘google’ suggests I get to pick six books that have shaped my life, so here goes:

Lord of the Rings – Three books, but a must have. These books turned me into a lifelong bookworm.

Three Men In A Boat – for desert island days when I needed a laugh.

Last by not least, The Portable Jack London, a collection of his short stories!

Does writing energise or exhaust you?

Good question! That can vary, if I’m being honest. If I take a few days off from writing, I usually find it a struggle to get going again. But none of us writers can wait for the muse to strike and so I have to battle on. That can be exhausting and frustrating. However, once I’m up and running again and the words are flowing and sticking on the page, it’s a lot more fun. One tactic I have is to remind myself that I’m being paid (not riches admittedly, but still) to have dreams and write them down. That rarely fails to cheer me up.

If you could tell your younger writing self anything, what would it be?

I would advise my younger writing-self to make time to read more books. And to read them more analytically, in the sense of trying to figure out what makes one book or story ‘work’ better than another.

What is the first book that made you cry?

Hmmm. I’m not sure I’ve ever full-on blubbed when reading a book, but I’m easily moved and plenty have filled my eyes with tears. The first? Sorry, no can remember. But one recent-ish book that had me gulping was the non-fiction Between Silk and Cyanide by Leo Marks. It’s the story of the WWII codemakers and the agents they sent into occupied Europe. The author wrote poems for the agents to memorize and the most famous, ‘The Life That I Have,’ really got me. A close second would be the remarkable A Monster Calls by Patrick Ness (and the late Siobhan Dowd).

Finally, where can we get your book?

It should be stocked my most of the major high street bookshops, e.g. Waterstones, Foyles, etc. It is also available online at Amazon.co.uk (including a Kindle edition) and Hive.co.uk. The latter is quite interesting, as with every sale they will make a donation to your favourite Indy bookshop … hint, hint!