The one where Harry and Dumbledore discover Voldemort’s past, via the pensieve, the introduction of the horcruxes, the half-blood prince’s old potions book, a greater insight into his parent’s past and the death of a HUGE character!

There, I did it with no real spoilers! To be fair, if you haven’t heard any of this before, you’ve been in a bomb shelter or cryogenically frozen for the last 15 years!

In the 6th part of his Hogwarts journey, Harry leads us (via JK’s pen) on an adventure which delves into the very nature of our mortality, what it all means and why death is such a necessary part of life. In fact, death, and avoiding it, is a huge part of this book.

“It is the unknown we fear when we look upon death and darkness, nothing more.”

“It was, he thought, the difference between being dragged into the arena to face a battle to the death and walking into the arena with your head held high. Some people, perhaps, would say that there was little to choose between the two ways, but Dumbledore knew – and so do I, thought Harry, with a rush of fierce pride, and so did my parents – that there was all the difference in the world.”

These two quotes summarise how JK Rowling approaches the subject in this book and through Harry’s parents and Voldemort, she shows us two very contrasting views to life and death. His parents strode towards, knowing it was in the protection of the thing they loved the most in the world, their child. If they had been overcome by their fear of death at the end, then Harry would not have received the vital protection that allowed him to dispel Voldemort and ultimately defeat him. Voldemort on the other hand was so intensely afraid of death, that he sought to master it, to manipulate the very laws of nature and in doing so, lost everything that it means to be alive. He fragmented his soul and lived a lonely half-life, with no friends, family or loved ones.

In light of the year we’ve had and the number of high profile people we have lost, and perhaps those closer to us, this one line stood out to me and it’s a recurring theme across the books.

“Dumbledore will only leave from Hogwarts when there are none loyal to him!” 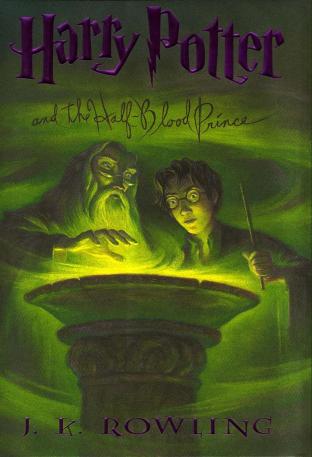 This line resonates on so many levels, and I do think it’s so true that people live beyond their lives for as long as people remember and talk about them. I think of Alan Rickman, who played Professor Snape so well in the movies, and he has become immortalised by his performance in this role and so many other.

JK Rowling herself will forever be remembered and has become immortalised by her work. It would be a very bleak world indeed, where her books are no longer read. And so we must strive in our lives to leave a mark upon this world, so deep that it cannot easily be removed or forgotten. And I don’t mean you have to do something as creative or special as those two have, you can make that same mark within your family or your community just by being the best person you can be, by making yourself a memorable part of someone’s life. By loving and receiving love in return. That was always JK’s big mantra and it’s never more applicable in this book.