First things first; I was overwhelmed by the response to my Halloween article, especially over on Twitter from the authors featured.  Thank you to everyone who read and got involved and if you’re new to the series, please let me know what you’d like to see in the future.

This post took a little longer than anticipated, but I’m happy to announce that I’ll be back on a more regular basis, every two weeks, starting from Friday 25th November.

So, without further ado…welcome to my lowdown on some brilliant novels that deal with mental health.  Though we live in a world where mental health services are evolving and sufferers are more likely to speak out about their situations, there is still a massive cloud of stigma choking these so-called ‘invisible’ illnesses.  I write this as someone who suffered with depression from the age of seventeen, a time that was scary, exciting and world-shifting enough as it was.

Going through all of the changes a seventeen year old does naturally is hard work, but throw in a mental health issue, especially one which you constantly heard used as a throwaway comment (‘Oh, I can’t go out tonight.  I’m so depressed!’) and you are in for a rough ride.  I was fortunate – my mum is a trained mental health nurse and offered me all the support I could wish for.  Over the years I managed to build myself up to a place I’m now happy with, but the occasional dark day can – and will – creep in every now and then, which has made me a firm believer in self-care.

One of the ways I choose to look after myself is dive into a book, and, if you’re reading this, we probably have that in common.  Some wonderful fiction dealing with different aspects of mental health have emerged in YA over the last couple of years and I’ve compiled a list of my favourites below. They are heart-wrenching, honest and sometimes even hilarious, and they are a great way to explore your own understanding of what mental health is, as well as how to deal with it.

Nothing Tastes as Good by Claire Hennessy (@clairehennessy)

What happens when you give in to the voices in your head? 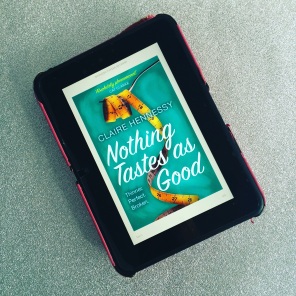 Annabel is dead. And she’s not happy about it. Despite having strived to be ‘lighter than air’ back when she was alive, the consequences of that yearning haven’t quite sunk in yet.

Julia Jacobs is fat. Which Annabel immediately notices when she’s assigned as Julia’s ghostly helper (don’t even think about calling her a guardian angel). And as her helper, Julia’s problem seems pretty obvious to Annabel. Fat = problem = unhappy. Sorted.

The only trouble is that whatever is causing Julia to overeat is hidden deep within her. Annabel will have to get to know Julia to uncover this secret and ‘fix’ her. Annabel can become the voice of reason, Julia’s source of strength.

Except. . . all this time spent in someone’s head has got Annabel thinking. Not just about food, but about her family too. And that maybe happiness can mean more than eradicating all the flesh from your bones.

A powerful and unusual story about anorexia, this doesn’t only deal with the consequences for Annabel and Julia, but also touches on how Annabel’s younger sister, amongst others, choose to deal with her death.  Annabel is a captivating narrator, though her views are often a tough read and for good reason.  This shows an unflinching account of an eating disorder without coming across as preach-y.  Perfect.

Am I Normal Yet? by Holly Bourne (@holly_bourneYA)

All Evie wants is to be normal. And now that she’s almost off her meds and at a new college where no one knows her as the-girl-who-went-nuts, there’s only one thing left to tick off her list…

But relationships can mess with anyone’s head – something Evie’s new friends Amber and Lottie know only too well. The trouble is, if Evie won’t tell them her secrets, how can they stop her making a huge mistake?

Holly’s Spinster Club series is a firm favourite of mine, though this, the first in the trilogy, stands out for me.  Evie is starting a new sixth form (tough enough, right?) but she is also trying to overcome her OCD.  It shows such a raw, honest portrayal of the illness, but in such a funny and touching way, that Evie has become one of my favourite characters.  Plus, the opening chapter is so laugh-out-loud funny that you won’t want to put it down.

Best friends Caddy and Rosie are inseparable. Their differences have brought them closer, but as

she turns sixteen Caddy begins to wish she could be a bit more like Rosie – confident, funny and interesting.

Then Suzanne comes into their lives: beautiful, damaged, exciting and mysterious, and things get a whole lot more complicated. As Suzanne’s past is revealed and her present begins to unravel, Caddy begins to see how much fun a little trouble can be.

But the course of both friendship and recovery is rougher than either girl realizes, and Caddy is about to learn that downward spirals have a momentum of their own.

This debut is as gorgeous as its cover.  Dealing with the strength and turbulence of female friendships, it’s as if the author stole one of my teenage diaries and put my anxieties down onto paper.  The ending is where the mental health aspect really kicks in and the emotions are tangible throughout.  It’s hard to explain too much of this one without spoilers, but trust me on this – you won’t regret reading it. 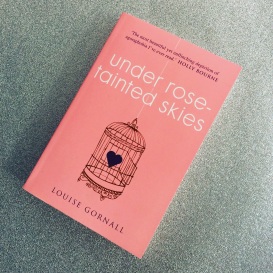 Agoraphobia confines Norah to the house she shares with her mother. For her, the outside is sky glimpsed through glass, or a gauntlet to run between home and car. But a chance encounter on the doorstep changes everything: Luke, her new neighbour.

Norah is determined to be the girl she thinks Luke deserves: a ‘normal’ girl, her skies unfiltered by the lens of mental illness. Instead, her love and bravery opens a window to unexpected truths …

When the main character hasn’t even left the house, but you’re half way through the book and totally in love with her, you know you’re onto a winner.  Norah is funny, complex, obsessed with the boy-next-door’s arms and swears like a sailor on leave.  In other words, my spirit animal.  A beautiful, unapologetic read.

accident. Her parents think that a camp for troubled teenagers might help her process her grief.

All of the kids at the summer camp have lost someone close, but is bringing them together such a good idea? And can everyone at camp be trusted?

When Skye starts receiving text messages from someone claiming to be her dead sister, she knows it’s time to confront the past. But what if the danger is right in front of her?

I loved the premise of this and wanted to include it, as it deals with issues such as post-traumatic stress disorder, depression and anxiety in a number of ways.  The flashbacks Skye suffers due to her sister’s death are debilitating and powerful, but her story is uplifting and ultimately one of redemption.

So, there you have it, my picks of mental health in UKYA.  There are many more written by American authors, though obviously I haven’t included them here, but please get in touch if you’d like a particular recommendation and I’ll help out if I can.

See you on Friday 25th November, when I’ll be looking at how UKYA is working hard on breaking those issues deemed as ‘taboo’, from living as a transgender teen to rape shaming.