As the Scribblers’ resident book worm, I’ve been reading a lot recently.  Honestly, I’ll read pretty much anything age and genre wise, however I keep finding myself reaching for the Young Adult shelf.  Yes, okay, I write MG and YA, so it’s hardly shocking that I keep my eye on what’s being published, but the main reason?  It’s good.

There’s a real buzz about YA at the moment and we have some amazing home grown talent here in the UK and Ireland.  Young authors are pushing boundaries in all areas, from mental health and feminism (see Holly Bourne’s Spinster Club Trilogy) to challenging stigmas and attitudes towards rape victims (Louise O’Neill’s powerful Asking For It).

There’s no doubt that UKYA is making waves in the publishing world at the moment.  Log into Twitter on a Friday night and you’ll probably see the hashtag trending.  If not, search it and you’re bound to find at least a dozen authors chatting about their books, their influences and answering fan questions.

Even though YA may have its own section in Waterstones, it’s not actually a genre, it’s an age range.  A pre-adult section if you like.  It covers every genre I can think of, with some stand-out examples in each one.  Romance, sci-fi and horror, to name a few…which brings me to the topic of my first post.

I don’t know about you, but once the weather gets cooler, the leaves turn and pumpkins start to appear, I crave a good old creepy read.  To kick off the Scribblers’ series of #UKYA blog posts, I’ve put together five books that will make the back of your neck tingle.  They’ll bewitch you, make you check under the bed and thank your lucky stars you’re not spending the fortnight in Skye…

The Graces by Laure Eve. (@LaureEve) 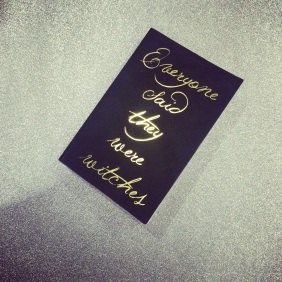 Everyone said the Graces were witches.

They moved through the corridors like sleek fish, ripples in their wake. Stares followed their backs and their hair.

They had friends, but they were just distractions. They were waiting for someone different.

All I had to do was show them that person was me.

Okay, so this one is not necessarily horror, but what’s Halloween without witches?  I was lucky enough to read a (very beautiful) proof of this in the Summer and I was sucked in from the first page.  The pages are full of beautiful teens, unrequited love and a shimmer of magic.  A beautifully written story that made me reminisce about The Craft and left me wanting more.

I dare you not to fall in love with the Graces. 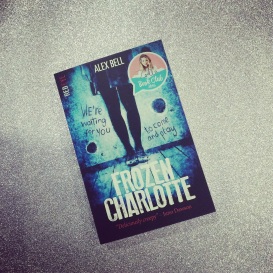 Dunvegan School for Girls has been closed for many years. Converted into a family home, the teachers and students are long gone. But they left something behind…

Sophie arrives at the old schoolhouse to spend the summer with her cousins. Brooding Cameron with his scarred hand, strange Lillias with a fear of bones and Piper, who seems just a bit too good to be true. And then there’s her other cousin. The girl with a room full of antique dolls.
The girl that shouldn’t be there.
The girl that died.

When I tell you that this book is creepy as hell, believe me.  I grew up on a diet of Point Horror and Stephen King and this is one that I’m not sure I’d read by lamplight.  It’s darkly atmospheric and fast-paced and the first chapter is a cracker – it sets the tone for the whole book perfectly.  Did I mention whispering china dolls, Ouija boards and an old school house on a Scottish island? No?  I suppose you’d better go and read it then! 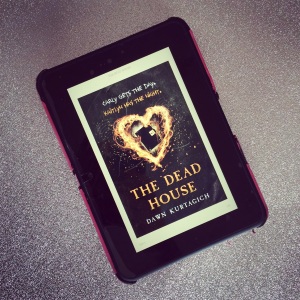 twenty, and one pupil, Carly Johnson, disappeared. For two decades, little was revealed about what became known as the Johnson Incident.

A diary has been found in the ruins of the school. In this diary, Kaitlyn Johnson, Carly’s twin, tells of the strange and disturbing sequence of events leading to the incident.

But Kaitlyn doesn’t exist. She never has.

When I read this debut, there were moments when I gasped and groaned out loud – one very memorable moment in particular, but I won’t post spoilers!  The format is extremely clever and pulls the reader right into the story, using diary entries, notes and transcripts of video and audio footage throughout.  It’s clever mixture of voodoo and mental health will leave you wondering what was real…and what wasn’t.

Every girl at Bathory School has heard stories about T 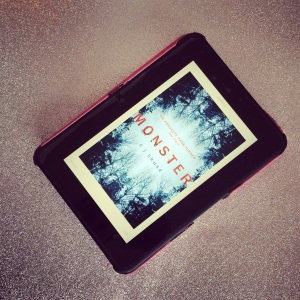 he Beast. No one believed they were true.

At sixteen Nash thought that the fight to become Head Girl of prestigious boarding school Bathory would be the biggest battle she’d face. Until her brother’s disappearance leads to Nash being trapped at the school over Christmas with Bathory’s assorted misfits.

As a blizzard rages outside, strange things are afoot in the school’s hallways, and legends of the mysterious Beast of Bathory – a big cat rumoured to room the moors outside the school – run wild.

Yet when the girls’ Matron goes missing it’s clear that something altogether darker is to blame – and that they’ll have to stick together if they hope to survive.

I like my heroines gutsy and this book certainly doesn’t disappoint.  The characters are real and flawed, which makes you root for them even more – especially when they’re being chased through a darkened school by a knife-wielding murderer… 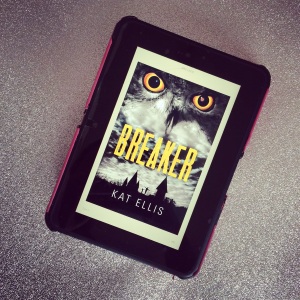 Kyle Henry has a new name, a new school, and a new life–one without the shadow of the Bonebreaker hanging over him. It’s been a year since his serial killer father’s execution, and it finally looks like things are turning around for Kyle.

Until he recognizes the girl sitting in the back row in homeroom.

Naomi Steadman is immediately intrigued by Killdeer Academy’s newcomer. She does not know he is the son of the man who murdered her mother. What she does know is she and Kyle have a connection with each other–and a spark that Kyle continues to back away from.

Soon after Kyle’s arrival, the death count on campus starts to rise. Someone is set on finishing what the Bonebreaker started, and murdering ghosts from the past may be the only thing that can stop the spree.

The premise for this got my attention straight away – I mean, who wouldn’t read it after that blurb?  Another boarding school horror, it’s full of unsettling incidents that left me wondering which of the characters to trust until the very end.  Expect some gore and lots of twists and turns along the way.

I have to add these in, as I loved them too.  They’re not horror but do have a dusting of magic about them… 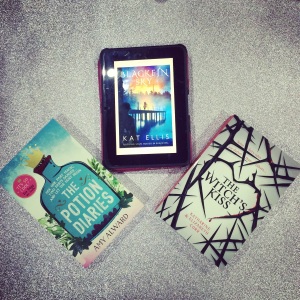 The Potion Diaries by Amy Alward (@amy_alward) is the first in a trilogy that mixes magic and potion making in a very new and unique way.  It’s the perfect Halloween read for you scaredy cats out there!

The Witch’s Kiss by Elizabeth and Katharine Corr (@lizcorr_writes & @katharinecorr) is an action packed twist on a well-known fairy tale, brought right into the 21st century.

Blackfin Sky by Kat Ellis (@elkat) was the writer’s debut and got right under my skin in the best way.  The unexpected twists will floor you and you’ll almost want to visit Blackfin…

Well, there you go, a list of my favourite #UKYA titles to read this Halloween.  Let us know if any of them scare the socks off you and don’t hesitate to leave your creepy reads in the comments below.

I’ll be back next week with my favourite titles that deal with mental health issues.  See you then and thanks for reading!

One thought on “Celebrating #UKYA – The Halloween Edition.”