Of course, a great title doesn’t always equate to a great book – and vice versa. Anyway, here are three titles from my bookshelves. In each case, I remember not knowing anything about the novel before I took the plunge – so, obviously something about the title alone grabbed me and kicked up sufficient questions! As it turned out, the pages inside didn’t disappoint either.

The Brief History of The Dead by Kevin Brockmeier

I found this really intriguing. Are we talking about the dead being able to create a history all of their own? If so, is this ‘brief,’ as in a summary of all that has been post death, for everyone, ever? Whose nightmare job has it been to condense all of that down into one volume? Is this some kind of required reading for the recently departed? Or should we interpret this to mean that whatever history does accumulate after death – it’s ‘brief.’ In which case, then what? We’ve already died once!

We Are All Made of Molecules by Susin Nielsen

Now in some ways this could teeter on the edge of being just a variation of the ‘we’re all the same deep down’ theme. If it just suggested that, it probably wouldn’t have stood out in the crowd to me. However, those ‘molecules’ give it a quirky edge and gave me a hint that there might be an equally quirky character inside who might have an interesting take on life. There was.

My Life As a Dog by Reidar Jönsson 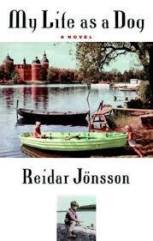 Okay, I have to come clean here, many years ago, I actually saw the film adaptation of this before I read the novel. But in my defence, I don’t speak Swedish and the English translation didn’t come out until a few years after the movie. Either way, I didn’t know what I was getting into – but the title hooked me. I did know that it wasn’t an autobiography of an actual dog – though I’d have read that too! Cult classic. 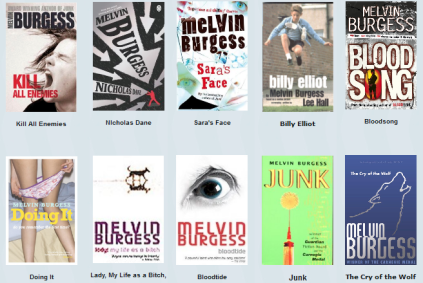 I like ‘Doing It‘ as a title – bold, brash and reflects the book exactly. Actually, a lot of Burgess’ titles are a bit like this – Junk, The Hit, Sara’s Face…

The Novel in the Viola by Natasha Solomons.  Two things that aren’t natural bedfellows, and one is inside the other?  Immediately, I’m wondering how this came about, who owns them and why on earth the novel is inside the viola?

The Convictions of John Delahunt by Andrew Hughes.  This title immediately suggests a historical setting (it is: Victorian Dublin) and I already have the name of my main character and I’m wondering what those convictions are/were.  This title has done so much work already, I’m ready to dive in. 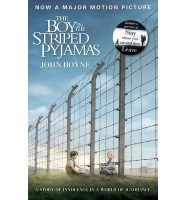 The Boy in the Stripped Pyjamas by John Boyne (had to have a children’s title in there).  This is a fab title that will mean different things, depending on whether you’re a child or an adult and for me that’s the beauty of it.    And a lovely story too.

Breakfast at Tiffany’s by Truman Capote

I’ve always loved this one, it just sums up the glamour of Holly’s lifestyle- I think I wanted to live this lifestyle in my younger years! (Forget that underneath the surface it’s isolated and shallow!)

A Monster Calls by Patrick Ness

Incredible, grabbing title with so many meanings. Everytime I hear the title my eyes fills up!

As this is seriously one of the cleverest plays I’ve ever read, I was going to write something suitably boffin-ish about how Stoppard analyses the idea of paradise (Arcadia) from classical calm through to romantic chaos via scary mathematical theorems and a cracking time-slip plot …

Then I thought I should just own up and admit I really like saying the word instead.

Wow…this was a tough choice. Titles are important for a number of reasons; good ones identify genre, the main conflict/plot, often something about the main character. Some of my favourite ones are older and it’s interesting to note that more and more titles from recently published novels are becoming a little similar and formulaic. That aside, I did choose one favourite and it is a classic…

The Lion, the Witch and the Wardrobe by C.S. Lewis 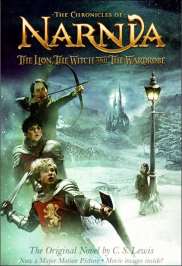 Three elements, two are main characters (one protagonist and one antagonist) and one object of magical importance and the whole basis of the story. Lucy stepping into that wardrobe is really where our magical adventure begins. Replace wardrobe with magic portal and we the intrigue dissipates. The mundanity of a wardrobe is really what makes it stand out here. The contrast with the other two elements also makes us curious. Just how will the author, even one as skilled as Lewis, weave and integrate those differing elements?

Well, very successfully, as anyone who has read the story knows. It’s a wonderful, magical and exciting story, which I still remember fondly from my childhood.

Other notable mentions must go to 1984, Brave New World, Fahrenheit 451, Lord of the Rings and Why do androids dream of electric sheep? 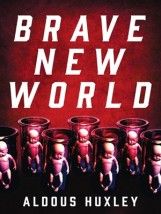 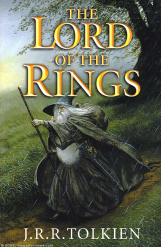 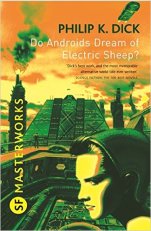 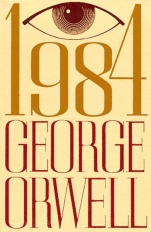 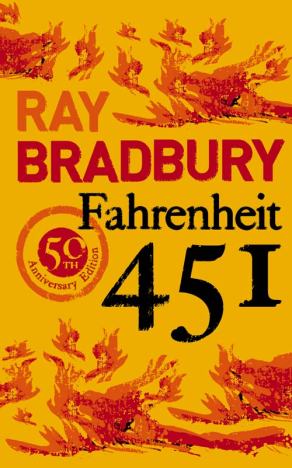